Back to All Events

This year’s TCS NYC Marathon will take place November 5, 2017. We invite you to run with us! Team Gluten-Free runners from across the country will travel to New York to run the 26.2 miles together with one common goal: to increase the rate of diagnosis of celiac disease!

To claim your bib, email suzee.cohen@celiac.org.
Already have a guaranteed entry? You can still run as a TGF Member! 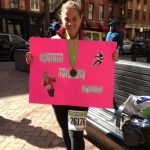 Ivy Levine: I was diagnosed with celiac disease in 2008 before eating gluten-free became mainstream. Being in college trying to be 100% gluten-free was not easy. When I asked restaurants if they had anything gluten-free they looked at me like I had 10 heads. As gluten-free food became more popular it’s become easier, but I still have to explain that I have celiac disease, I’m not just doing it to be trendy! I’ve been a runner since high school and have completed the NYC Half Marathon 3 times. Each time I wanted to raise money for celiac disease but things came up. This year I decided to go big or go home. The second I saw Celiac Disease Foundation was sponsoring a team, I knew I had to join it. This will be the way to show my community my dedication to supporting Celiac Disease Foundation! I think it’s time for more people to see the difference between celiac disease and gluten-free! 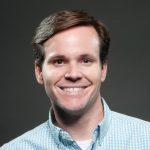 Todd Middlebrooks: Two days after our son Murphy’s 9th birthday, we got the call with the results of an EGD that came back positive for celiac disease. This wasn’t even on our radar, so we immediately went into research mode. We immediately began researching the diagnosis – what it means, how it can affect the rest of his life, etc. I also began researching how to offer support in my own way – by searching for any athletic event teams (running, triathlon, etc) that support celiac disease research and fundraising. Both paths led us to the Celiac Disease Foundation. It was then that I discovered Team Gluten-Free. I had been toying around with the idea of running the New York City Marathon, but knew I would need a charity entry if I was going to participate this year. Our recent diagnosis, along with the discovery of Team Gluten-Free made the decision easy. I wanted to support Team Gluten-Free, the Celiac Disease Foundation, and all of the hard work they put into making life easier for people with celiac disease. I’m looking forward to running in NYC, what our family has now nicknamed “Murphy’s Marathon.” There will be times when it’s tough and we are challenged. But much like in a marathon, we will continue to fight, never ceasing in our forward progress. I’m thankful for the opportunity to be a part of Team Gluten-Free, bring awareness, and raise funds for the Celiac Disease Foundation! 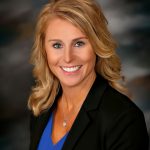 Carie O’Brien: I’m from Norwalk, Iowa. I work for the State of Iowa, Unemployment Insurance Tax Bureau Chief. I love spending time with my three children, Ryley, Rece, and Erin. My journey with celiac disease started in August of 2015. My daughter, Erin, age 10, started waking up with headaches and 3 to 4 hours of consistent vomiting. This started off once a week for a month. We would go to the doctor’s who would say it’s constipation or gas. This continued through out the school year but the episodes spread out more. She started getting sick more frequently and losing weight. In the summer of 2015, she got down to 50 pounds, had pneumonia which lingered on, strep in her blood and was always run down. Finally, in August of 2016, we had enough and went to the hospital. After several tests, a scope revealed celiac disease. Celiac Disease Foundation has been a significant help to us. I had no idea how much this would effect or lives. I want to be part of celiac disease awareness. Diagnosis rates are too low and if I can be part of helping even one individual get diagnosed early on, I feel it is a win and that I have made a difference. My daughter suffered for so long, I want to do what I can so others don’t have to. 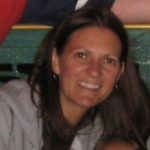 Loray Paul: My journey with celiac disease started after my son, Colin, was born in May 2008. I began to have some symptoms that I attributed to being a new mom. I started to have fatigue, migraines, stomach issues, and other seemingly unrelated symptoms. I would brush them off as stress or something I ate, not realizing they were all connected. This continued until 2012, when I started training for my second half marathon. I experienced slower times for my training runs, then needing to stop after a mile or two to catch my breath. I thought it was due to the summer heat and humidity, but when cooler, fall weather came, I saw no change. After finishing my half marathon in October, I was so miserable that I decided I was going to quit running. Anyone that knows me, knows that was a profound decision. I started running in high school and have loved it ever since, but it had become such a negative experience. In November, I was diagnosed with severe anemia that did not respond to iron supplementation. Six months later, in May 2013, I was finally diagnosed with celiac disease. Five years after I began noticing symptoms! In those five years, I was repeatedly brushed off by doctors when I would ask about underlying causes for my symptoms. One doctor even told me, “You don’t have a chronic condition. You just have bad luck.” Once I finally had a diagnosis, The Celiac Disease Foundation became a significant help to me. It was a place I could go to for information and education. I had no idea how much this disease would affect my life. I want to be part of growing celiac disease awareness. Diagnosis rates are too low, and as I found out, some doctors are simply uneducated. If I can be part of helping others get diagnosed early on, I feel that is a win and that I have made a difference. I suffered without a diagnosis and am still dealing with the long term effects. I want to do what I can so others don’t have to go through the same experience.