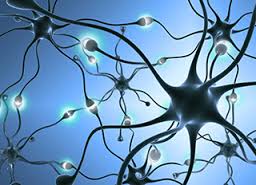 A member of CDF’s Medical Advisory Board, Peter Green, MD, recently studied the relationship between celiac disease (CD) and neuropathy, along with the expert knowledge of doctors Thawani, Brannagan, Lebwohl, and Ludviggson. Neuropathy is a condition that weakens nerve cells and inhibits normal nerve function. Our nerves are used for communicating with the brain and sending messages or signals throughout the body.1 Neuropathy can affect different nerve types and is associated with several autoimmune diseases, including celiac disease.

According to the study performed between October 2006 and February 2008, celiac disease and neuropathy were mutually associated. This study followed 28,232 patients after a biopsy-verified celiac disease diagnosis. Validation of their CD diagnosis was confirmed with three tissue samples demonstrating villous atrophy (Marsh 3), which indicates damaged villi in the small intestine, and is indicative of celiac disease.2 Patients did not show neuropathic symptoms at the time of diagnosis.

Hazard ratios (HRs) – a measurement of an event occurring in an experimental case versus a controlled case – of neuropathy were identified and measured with statistical analysis in order to clearly identify the increased risk of neuropathy in CD patients.3 Separate studies were also done to look at other factors that increase a CD patient’s risk of neuropathy. For example, odds ratios (OR) of patients with neuropathy prior to their CD diagnosis were accounted for in order to determine the likelihood of developing celiac disease.4

Neuropathy and its Risk Factors

During the study, several factors that increase the risk of neuropathy were identified and categorized in order to obtain an accurate study of neuropathy after CD diagnosis. These factors include type 1 diabetes mellitus, autoimmune thyroid disease, rheumatic disorders, vitamin deficiency, pernicious anemia, and excessive alcohol consumption.5

Disorders like type 1 diabetes, autoimmune thyroid disease, rheumatoid arthritis, systemic lupus erythematosus, and Sjögren’s syndrome are linked to both neuropathy and CD.5 During the study, results were adjusted around these disorders to analyze the risk factor of neuropathy in CD patients minus the influence from such disorders.

Neuropathy is Most Common in Female CD Patients 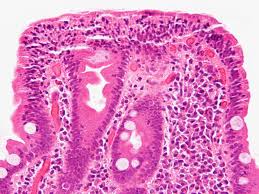 Neuropathy diagnosis most commonly occurs after CD diagnosis because physicians are aware of the strong correlation. A gluten-free diet does not prevent neuropathy from developing, but slows down the progression of neuropathic symptoms. The association between both conditions may be due to nutrient deficiencies, like a lack of vitamin B12. However, this has not been proven, as several studies have identified CD patients with later neuropathy that do not have vitamin deficiency. For this reason, it is recommended that future research use electrophysiological studies to learn more about the relationship between CD and neuropathy. Electrophysiological analysis helps physicians identify different types of neuropathies by distinguishing and identifying specific fiber patterns.6