Will There Ever Be a Drug for Celiac Disease?

By Amanda B. Keener; Reviewed by Robert Jasmer 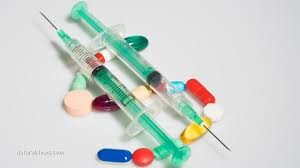 More than two million Americans live with celiac disease — an autoimmune digestive disorder in which eating gluten, a combination of proteins commonly found in wheat products, activates immune cells that damage the lining of the intestines. Sticking to a gluten-free diet is currently the only available treatment for celiac disease. However, maintaining a 100-percent gluten-free diet can be very challenging.

The Challenges of Living Gluten-Free

Even with the best intentions, living gluten-free is much easier said than done. It was almost impossible to tell which packaged “gluten-free” foods lived up to their claims until late last year when the U.S. Food and Drug Administration (FDA) began enforcing gluten-free labeling guidelines. And it’s hard to guarantee you won’t accidentally consume gluten at a restaurant or on an occasion such as a well-meaning relative’s dinner party.

And for some, following a gluten-free diet doesn’t guarantee they’ll feel better. A small percentage of celiac patients (about 2 to 5 percent) still experience symptoms.

According to Alessio Fasano, MD, director of the Center for Celiac Research at Massachusetts General Hospital in Boston, the gluten-free diet is “far from being perfect.” It is especially difficult, he says, for frequent travelers, students dependent on cafeterias, and people with other dietary restrictions due to health problems like diabetes.

“No matter how careful you are, there are always times when you need to rely on other people to keep you healthy,” says Kristen Sweet, who was diagnosed with celiac disease about five years ago, at the age of 24. Despite keeping her own kitchen gluten-free, Sweet knows she will always be at risk of exposure unless she sacrifices her social life.

As a trained scientist in genetics, Sweet is also painfully aware of the lack of drugs developed specifically for celiac patients. Though staying gluten-free is effective, one slip-up could mean days of symptoms like abdominal pain, constipation, and fatigue. “The issue is that when you do get ‘glutened,’ there is no solution. There is nothing you can take to lessen the blow,” she says.

Beyond a Gluten-Free Diet

Dr. Fasano says that decades of research are beginning to pay off with new drugs designed to help people with celiac disease go beyond maintaining a gluten-free diet. Here are four drugs now in clinical trials:

According to Sheila Crowe, MD, a gastroenterologist at the University of California, San Diego School of Medicine, most of these approaches would not replace the gluten-free diet. The enzymes, for example, can only stop the effects of a few grams of gluten at a time. The average diet contains 10 to 50 grams of gluten per day.

For people like Sweet, that is absolutely fine. “I don’t mind being gluten-free,” she says. She just hopes to have an option to ease the stress of dining out or eating a friend’s home-cooked meal.

The Long Road From Lab to Pharmacy

All of the drugs noted above have a long way to go before they are available for purchase. On March 30, the FDA will host a workshop to discuss what clinical trial results are necessary for a new celiac drug to be approved. For example, some studies have recorded gastrointestinal symptoms, while others focused on intestinal damage seen in biopsies.

Marilyn Grunzweig Geller, chief executive officer of the Celiac Disease Foundation, says she hopes the new standards will “open the floodgates” for more companies to do drug trials for celiac disease and bring hope for a treatment beyond the gluten-free diet closer to reality.

Will There Ever Be a Drug for celiac e?