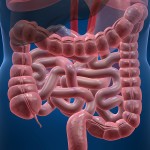 Celiac disease (CD), a genetic, autoimmune disorder affecting approximately 1-2% of the North American and European populations, can present with many different and non-specific symptoms. Making the diagnosis of CD even more difficult is the fact that many undiagnosed patients do not present with any symptoms at all, which is called being asymptomatic. A recent study in Finland investigated how a gluten-free diet, the treatment for CD, helps these asymptomatic patients to tell them if their treatment is working.

The study, published by Gastroenterology, is titled “Benefits of a Gluten-Free Diet for Asymptomatic Patients with Serologic Markers of Celiac Disease.” After looking through 3,031 at-risk patients, The authors found 40 individuals, who had asymptomatic CD and were seropositive for endomysial antibodies (EmA), and fit all other necessary criteria. They randomly assigned the patients to two groups. One group was put on a gluten-free diet while the other was put on a normal diet containing gluten.

The endpoints of the experiment included the intestinal villi height: crypt depth ratio, gastrointestinal symptom scores, bone mineral density, body composition (BMI), and serology measured at the baseline and again after 1 year. The group that was put on the gluten-containing diet was then put on a gluten-free diet, and was re-evaluated.

The results of the experiment showed significant improvement in the gluten-free group compared to controls, especially in serology and in the intestinal morphology. There was also improvement in gastrointestinal symptom and quality of life scores, meaning that patients who are so-called “asymptomatic” may, in fact, experience symptoms that they consider normal until these symptoms later disappear on a gluten-free diet. There was no significant difference found between the groups in bone mineral density and BMI. Also of note is that 85% of the patients expected to remain on the gluten-free diet even after the conclusion of the experiment.

This study clearly demonstrated that asymptomatic CD patients benefit from going on a gluten-free diet, both in terms of intestinal health, but also in quality of life. The majority of the patients chose to stay on the diet because they thought the benefits of the diet were worth any social or financial costs.

The authors note there are some weaknesses to this study. It was impossible to conduct the experiment in a blinded fashion: the patients knew if they were going on a gluten-free diet or not and so a placebo effect could have occurred. Also, this study only applies to asymptomatic CD patients who were seropositive for EmA. The authors suggest that future studies investigate if patients with completely normal villi (Marsh 0) but who test positive for EmA also benefit from a gluten-free diet.

The results of this paper support the treatment of asymptomatic CD patients before even considering long-term health benefits, and also the screening of at-risk groups. Further studies are needed to determine if patients with positive serology but no villous atrophy should be treated.